2022 Nissan Z Sports Car | Everything You Need To Know

Styling: Traditional With A Modern Slant
After a slew of teasers, the Z Proto was unveiled with a heavily heritage-inspired design that stays true to the six prior generations of the Z-car. While the dimensions and overall shape are similar to that of the 370Z, measuring 172.5 inches in length and 72.8 inches wide, the design elements are all throwback in appearance. The teardrop headlights are inspired by the original Datsun 240Z, as is the bright yellow pearlescent paint. The taillight and rear-end design, meanwhile, are derived from the 300ZX, brought into the modern era with LED elements. Modern touches are brought into play with LED daytime running lights, carbon fiber accents, and, inside, a digital instrumentation cluster and broad touchscreen infotainment system.

Engine: More Power Baby!
The current expectation is that the new Z car will share an evolved platform and powertrain with Infiniti's Q60 Coupe. Nissan has already confirmed with the Z Proto that the new sports car will feature a twin-turbo V6, which we expect to be the same unit from the Q60. The 3.0-liter twin-turbo unit generates 300 hp and 295 lb-ft of torque in base form, compared to the current 370Z's naturally aspirated V6 which makes 332 horsepower with 270 lb-ft.

However, the rumor mill suggests the 400Z will live up to its name with 400 hp on tap. That could mean that Nissan will go straight for the 400-hp version of the twin-turbo V6 that is currently only available in the Red Sport badged Q50 and Q60 models. With Nismo versions in the pipeline, as well as possible electrification further down the line, future iterations of the 400Z may exceed that figure.

Chassis: Stiffer, Tighter, Stronger
The new Z car will be built around a "heavily updated" version of the FM platform currently underpinning the 370Z, Infiniti Q50, and Infiniti Q60. We still love to drive the 370Z, so the idea of a whole new geometry and suspension components on an improved chassis is tantalizing. Available upgrades through packages are also expected, including adjustable suspension, upgraded steering, and a limited-slip differential.

Despite sharing a platform, though, don't expect the 400Z to be just a restyled version of the Q60. As a dedicated two-door sports coupe with compact dimensions, the chassis will be exceptionally stiff.

Transmission: Row Your Own Gears
Fans of the Z brand gave a synchronized cheer when a recent teaser from Nissan confirmed that the Z Proto would debut with three pedals and a six-speed manual gearbox. The prospect of analog involvement was further amplified by the confirmation of a mechanical handbrake. Upon launching the Z Proto, Nissan confirmed that the manual gearbox was integral to the spirit of the Z car.

"The Z has always been a strong dynamic performer, making it easy for customers to enjoy its capabilities and feel as connected as possible to the car," said Hiroshi Tamura, chief product specialist of the Z Proto. "This has been true through all its generations, and this is what drives our passion to innovate and challenge the norm."

Of course, not all buyers want a manual, so like the 370Z, we expect an automatic gearbox to be present on the production vehicle, too, but whether this will be a traditional slushbox or a dual-clutch automatic remains to be seen.

Interior: A Big Upgrade
The current 370Z's interior is the area that shows its age the most. The Z Proto's interior is a marked departure that brings the Z-car into the 21st century in fine style. There are throwback elements here, too, like a steering wheel based on earlier generations, and the triple gauge cluster atop the center dash, but aside from the manual shift lever, three pedals, and mechanical handbrake lever, it's a digital experience for the new Z. Analog gauges are tossed out in favor of a 12.3-inch digital instrument cluster with a pronounced tachometer standing proud in the center. A slightly smaller touchscreen display on the center stack hosts infotainment, but certain controls remain analog, such as the climate control dials. Expect full smartphone integration with Android Auto, Apple CarPlay, and more.

The Z Proto's driver focus is clear to see with leather and Alcantara bucket seats, a cockpit-like feel, and just a single cupholder in the center console.

Price And Arrival: Undercutting The Supra
Everything has been pointing at a price tag of around $40,000, the same as the Toyota Supra. However, if Nissan can deliver the 400-hp engine in a new two-seater sports car that can handle the corners for under $40,000, which is now heavily rumored, then we predict it'll be a hit. It will also benefit, rightly or wrongly, in the court of public opinion from being Nissan's own machine rather than riding on another company's technology like Toyota's Supra sharing BMW underpinnings.

As for its arrival, the Z Proto is likely to be our only glimpse of the Z car for some time ahead. The production 400Z is only expected to debut in 2022 as a 2023 year model. Other variants will follow, including a Nismo variant, a convertible, and a possible hybrid. 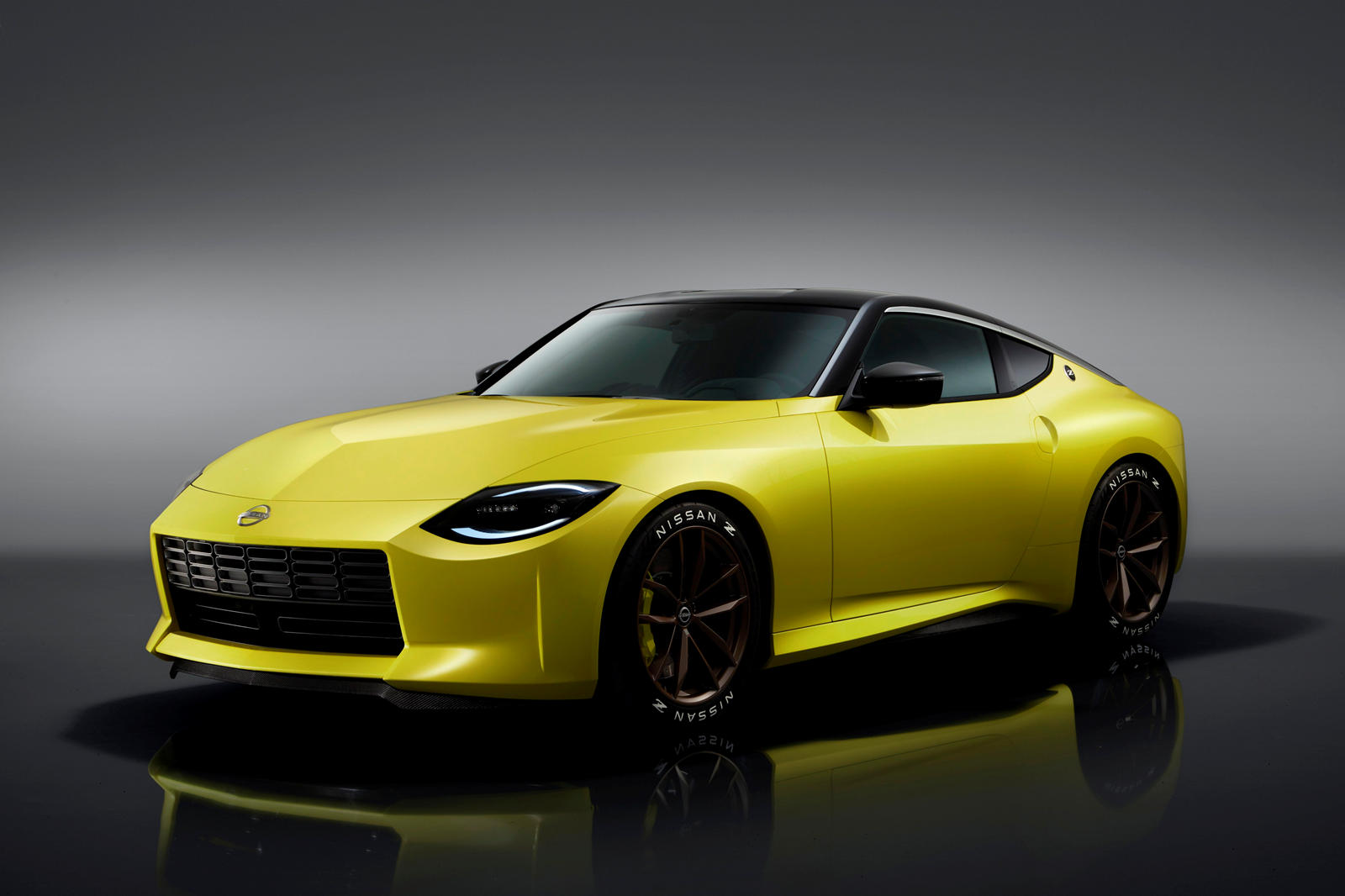 Everything You Need To Know About The Nissan 400Z

The automotive industry moves in cycles as styles of vehicles move in and out of fashion. Perhaps as a reaction to the car becoming more and more homogenized into appliances, we're currently seeing sports cars come back into the limelight. In 2019 we saw two big names hit hard, with the all-new...