· Registered
Joined Mar 19, 2020
·
1,584 Posts
An interesting interview with Aaron Saloman, whose song "Questfunk" was used in the Z's ad called "The Arival." He's made music for a bunch of other commercials and TV shows. 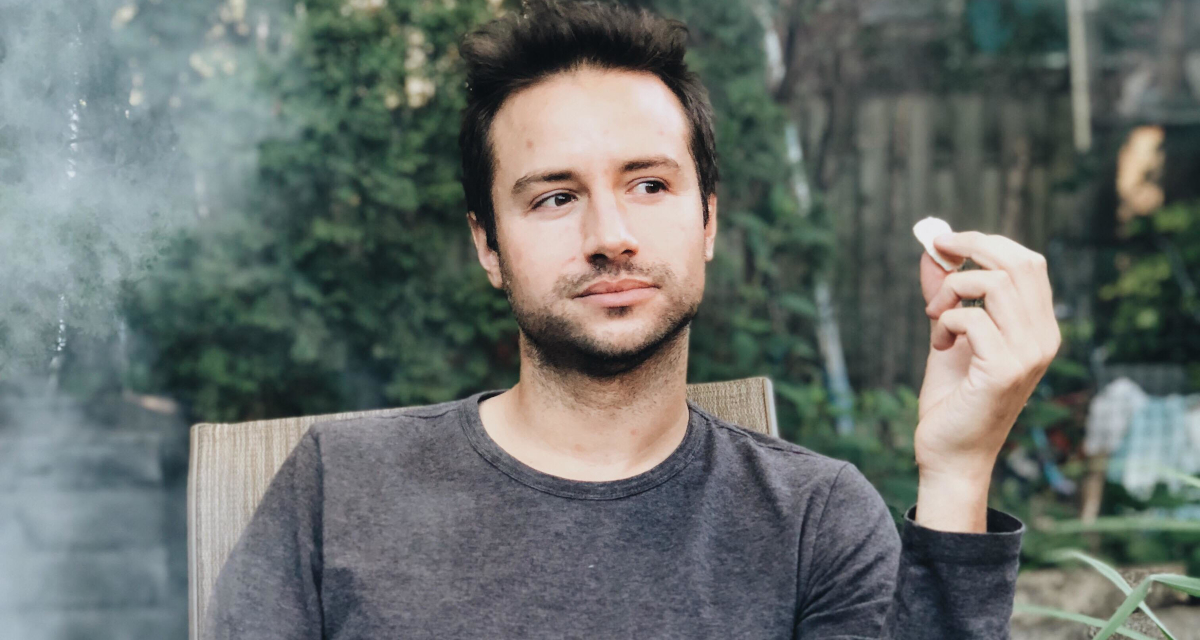 Meet the Songwriter Behind the Ad for the Nissan 2023 Z

Digital Music News recently sat down with sync licensing veteran Aaron Saloman, whose music appeared in the ad for the 2023 Nissan Z.

Fresh off a major placement in a Nissan Z ad, musician and composer Aaron Saloman joined Digital Music News to discuss the deal – and explain how seemingly small sync licensing successes can pave the way for larger opportunities in the long term.

The following was created in collaboration with Songtradr, part of a broader partnership focused on the sync licensing space. Here, we take a closer look at the person and process behind the upcoming Nissan Z ad. Be sure to check our ongoing coverage of this fast-growing sector here.

Aaron Saloman’s “Questfunk” sets the mood in a quick-moving Nissan Z ad entitled “The Arrival,” which showcases the Yokohama-headquartered automobile manufacturer’s 2023 Z. Prior to securing this and other high-profile placements through Songtradr, however, Montréal-based Saloman established a presence in the sync licensing space by uploading his music to emerging song libraries. And at the time, all manner of reality-TV professionals were licensing tracks through these resources, which hadn’t yet been deluged with songs.

“I was kind of lucky enough to come up with the first batch of composers who were doing reality-TV libraries pretty much like a decade or a little more ago,” said Saloman, whose music has appeared in programs including Jersey Shore, American Pickers, and Teen Cribs. “So I was getting all these placements through those libraries, which you don’t really do anything to get. And the shows don’t even pay for the music – you’re just getting royalties.”

Of course, the emergence of artist-friendly sync platforms like Songtradr (and, in turn, upfront licensing fees) has enabled music professionals to put royalty-only placements in the rearview. To make the most of the opportunities that were available to him at the time, though, the aaronmusic productions owner used the deals to bolster his portfolio and separate his body of work from those of competing creators.

“Your average person doesn’t know what’s going on in the background,” said the Sleep Drones creator Saloman. “I can certainly put on the resume that I have these hundreds of placements in all these TV shows you’ve heard of, and someone who might be looking at me for a documentary or for a bigger placement – they don’t care that they came through a non-exclusive library.

“You always have to think about how a layperson is going to be looking at these things,” he specified of sync placements. “I don’t really care what the nuts and bolts were of how someone was successful in something, and whether that’s the approved way to do it or not. Let’s say I saw some artist’s visual artwork hanging in a gallery. I don’t even know how it got there. I’m just impressed that it’s there.”

Saloman – who created the soundtrack for Toronto-headquartered Capybara Games’ Critter Crunch remaster – proceeded to acknowledge an increase in interest from advertising teams following his work in gaming.
“I’ve definitely had a couple people at ad agencies be impressed by the fact that I’ve worked on video games,” the veteran music professional told Digital Music News. “I guess now it’s a lot cooler to work on video games than it was at the time – like 10 years ago. But yeah, that whole industry has since taken off and become kind of the primary cultural industry on Earth.”

On this front, Saloman then explained that heightened competition and additional responsibilities for composers (such as certain programming duties) have thus far prevented him from crafting music for other gaming projects. Similarly, the audio engineer noted that the modern music industry’s sync licensing arena is extremely competitive.

“It definitely is, yeah, it’s more competitive than ever,” he indicated of the contemporary sync licensing sphere. “It was relatively easy for me to get into at least the sort of lower-tier reality-TV placement thing when I started. And that’s not so easy – even that tier of placements isn’t so easy for people now. And then the bigger placements, like for ad agencies, have just gotten harder and harder.”

Notwithstanding this amplified competition, an ongoing hike in visual-media production means that there are also more placement opportunities available to creators – particularly on social media. Other musicians have explained how a volume-based approach to sync is allowing them to nab noteworthy deals.

And in the future, it’s possible that today’s high-exposure placements on Instagram, TikTok, YouTube, and different services could prove just as professionally beneficial as the rapid-fire reality-TV licenses of the past, building musicians’ portfolios and attracting interest across the visual-media industry.
But the near-term advantages of sync licensing remain considerable, and Saloman also had some advice for creators as they continue to pursue results in the space.

“There’s not that many people who have a bunch of music ready to go in the formats that are useful to companies or to ad agencies,” said Saloman. “There’s probably only a small group of people who an ad agency can email, and that person would reply with, ‘Oh yes, I have the track ready to go, and I also have an instrumental mix printed, and I also already have a 60-second commercial edit done, and a 30-second commercial edit done.’

“That can be a way to set yourself apart, if you know the lingo and what’s gonna be asked for and you already have that stuff ready to go. It makes you very easy to work with.

“Get instrumental mixes printed when you’re making a record,” Saloman finished. “If you’re an artist, not strictly a sync composer, if you’re just an artist with an album but you’re also hoping to pick up some sync deals, absolutely have your engineer print instrumental versions when you’re doing the mixes.”
Bearing in mind the sizable growth that sync licensing has enjoyed in recent years – not to mention visual media’s own growth trajectory – a multitude of placement opportunities are forthcoming. While there’s no surefire way to obtain potentially career-changing deals, an array of examples suggest that each placement is a meaningful step in the right direction.


nice turbo spool coming out of that 50th anniversary 😜

· Registered
Joined Dec 22, 2020
·
565 Posts
Cool to see what went on behind the scenes, Nissan did well choosing what to go with.


nice turbo spool coming out of that 50th anniversary 😜
Click to expand...

Yeah I'm not sure who


nice turbo spool coming out of that 50th anniversary 😜
Click to expand...

Same thing with the 350Z too lol. I'm surprised no one caught that.

· Registered
Joined Mar 19, 2020
·
660 Posts
That's why you need to hire automotive experts to produce content for the brand. Mistakes like that shouldn't happen.
1 - 5 of 5 Posts