Nissan plans $2.8 billion in cuts as it restructures

Joined Mar 19, 2020
·
1,515 Posts
Nissan is planning on cutting $2.8 billion in costs as it goes through a massive restructuring plan that will be announced on May 28th. The goal is to separate itself from the plan that was led by Carlos Ghosn.

Two main cuts for Nissan will be their Datsun brand and certain versions of the Titan pickup. 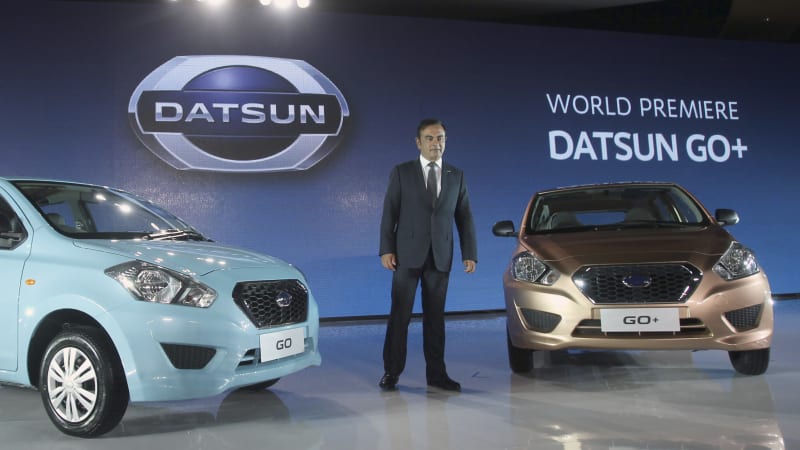 Nissan Motor Co plans to cut $2.8 billion in annual fixed costs as part of its restructuring plan, Bloomberg News reported on Wednesday, as it braces for a drop in sales that could complicate its recovery from years of poor profitability. Following a three-year spell of tumbling profits...

TOKYO — Nissan Motor Co plans to cut $2.8 billion in annual fixed costs as part of its restructuring plan, Bloomberg News reported on Wednesday, as it braces for a drop in sales that could complicate its recovery from years of poor profitability.

Following a three-year spell of tumbling profits, Nissan will announce its restructuring plan on May 28, its latest attempt to slash costs after a strategy of aggressive selling to chase market share has pummeled its bottom line.

Phasing out Nissan's lower-cost Datsun brand, which has been struggling in Asian and Russian markets, and closing down an additional vehicle production line are also among measures being considered, the report said.

The Japanese automaker plans to slash fixed costs in areas that include marketing and research, Bloomberg reported, citing unnamed sources. It added that the company's board has not yet reviewed the plans.

Known internally as the "performance recovery plan," the proposed steps mark a sharp break with Nissan's strategy under ousted leader Carlos Ghosn (shown above), who pursued ambitious vehicle sales targets in the United States and other major markets.

The plan is the Yokohama-based automaker's latest attempt to pull itself out of crisis after Ghosn was arrested for financial misconduct — charges he denies. The scandal has further strained an already dysfunctional alliance with Renault SA and thrown Nissan into disarray as it finds itself on course to book its lowest operating profit in 11 years.

The sources said Nissan will likely kill loss-making variants for the Titan full-size pickup. Unprofitable variants include the single-cab and diesel versions.

A planned shuttering of underutilized production lines will most probably hit plants in emerging markets building Datsun and other small cars hardest, they added.

"We need to chart a recovery but the rot goes deep," a source said of the many problems facing Nissan.

The second source said all markets with factories except China were being looked at for possible reductions in production capacity. That source also said, however, that there were no plans to close an entire plant or withdraw completely from any country.

Most automakers are preparing for a big financial hit from the coronavirus, but Nissan's sales and profits were falling even before the outbreak, forcing it to roll back the aggressive expansion plan pursued by Ghosn.

A Nissan spokeswoman declined to comment on the report.

Since Ghosn's arrest in Japan on charges of financial wrongdoing in 2018, Nissan has struggled to turn around its ousted leader's aggressive growth strategy, which has left the company with a cheapened brand and underutilised vehicle plants that have drained its finances.

Reuters has reported that the automaker has acknowledged that it must become a smaller, more efficient automaker, and that it aims to restore dealer ties and refresh lineups to regain pricing power and profitability.
1 - 1 of 1 Posts