Jump to Latest
Rusty
The Truth About cars has a fantastic article that covers the history of the Z cars up to the end of the 370Z. 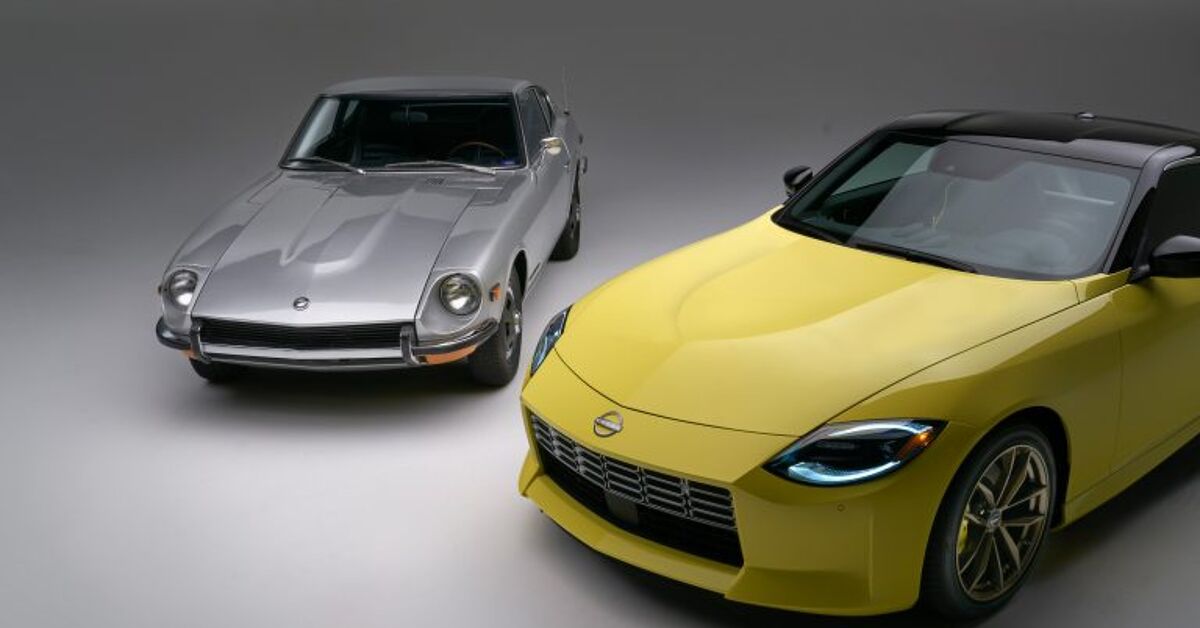 The Nissan Z returns - a new car after nearly a dozen years with the old one. But what IS a Z? Why is it important? Let's look the Z's history.

As I’m sure you’ve seen elsewhere on these pages, the 2023 Nissan Z has broken cover in Brooklyn. And as much as I, TTAC’s professed Z fanatic, would love to be there, I simply can’t get away from the desk this week. Tim’s there, but I suspect he’s spending most of his time geeking out over Seinfeld filming sites.*

*Ed. note: Chris knows me too well. But Seinfeld was mostly filmed across the river in Manhattan and I’ve been to the diner that served as the coffee shop. It wasn’t that good.

Yes, we saw the reveal of the Z Proto last summer, and this production version isn’t changed all that much. Most notably, beneath the sculpted sheetmetal lies a platform that isn’t all that different than the outgoing 370Z, with a 400hp V6 that, while stout, isn’t all that new either. The journalists are surely agog with the reveal of the new car, but almost none of them will buy it. And, when you break down the likely sales figures, the new Z will likely sell in a year what a Ford F-150 sells in a day or two.

The sports car market in general is irrelevant. So why does a new Z matter? Let’s wander a bit into the history of the Z for a moment.

In late 1969, Nissan stunned the American car-buying public with the 240Z. One-hundred-fifty horsepower and great looks for around $3,500 – before dealer markups, at least – meant a high-performance sports car was available for a huge generation of young people just entering the workforce or returning from Vietnam. The roomy hatchback gave utility to the car, and the styling reminded many of the much more expensive Jaguar E-Type.

Racing success soon followed, as did an aftermarket tuning culture – a culture that was initially founded on the mechanically similar Datsun 510. That culture evolved through the years as the Z struggled with emissions controls beginning in 1973 with carburetors that liked to vapor lock – enterprising enthusiasts even went so far as to fit small-block Chevy V8s to their Z to get around the troublesome flat top carburetors. 1974 brought a displacement bump from 2.4-liters to 2.6-liters, and a corresponding name change to 260Z. One year later brought the 2.8-liter 280Z, which booted the carbs for a Bosch fuel injection system.

Buyers were looking for a more refined, less Spartan sports car experience as the Boomers got a bit older and wealthier. The 280Z, while sharing the same basic body shell as the 240Z, was becoming heavier with more luxury options and newly-mandated large impact bumpers.

1979 brought the first major change to the Z formula, as well as another letter. The 280ZX became even more of a boulevard cruiser rather than a hardcore sports car. The target customer of the early Z would have been cross-shopping MGBs, TR6s, and maybe 914s, while the 280ZX was clearly aimed at the Corvette shopper. Maybe the Corvette shopper who wanted a touch of Buick for good measure – the 280ZX was soft.

Styling was clearly evolved from the early car, but lower, longer, and wider were the watchwords. The 280ZX now shared a good bit of suspension and power train components (the same 2.8-liter inline-six that had been in the 280Z) with the 810 sedan – the car that would eventually be renamed the Maxima.

A turbocharged 280ZX would come in 1981 – initially only with a three-speed automatic, as Nissan didn’t have a manual that could handle the torque. A five-speed T5 for the turbo came in ’82.

1984 brought the first wholesale change to the Z – a much more angular take on the fastback sports car shape. The suspension wasn’t significantly changed from the 280ZX, but the engine was an all-new three-liter V6, which brought us the 300ZX. The new car was still more of a cruiser, but a 200hp turbocharged version competed nicely with the also-new C4 Corvette, trouncing it in a contemporary comparison in the January 1984 issue of Road & Track.

The Z31 chassis continued through the Eighties with some styling changes, slight power bumps, and special editions scattered throughout, but it remained a more grand touring car that appealed to the yuppie looking to project affluence and style.

It’s a bit ironic, but the car magazines in 1989 all featured two revelations in Japanese sports cars in the same issue – in the March ‘89 issues of both Car And Driver and Road & Track, they shared the cover. Both the Mazda Miata and the redesigned 1990 Nissan 300ZX made news at the same time – interestingly, the current generations are now the only two-seat Japanese-made sports cars on the market.

Both a naturally-aspirated V6 (producing 222hp – more than the turbocharged V6 in the outgoing Z31 chassis) and a twin-turbocharged edition with 300hp made the newest 300ZX a sensation. A total redesign of the suspension gave the Z back the performance that had once been lost.

Unfortunately, while the 1990 300ZX had a sale price right around $30,000, by 1996 the weak yen pushed the price closer to $50,000 – and sales predictably foundered. The Z continued for three more years in Japan, but the 1996 model year was to be the last for the Z in America for the foreseeable future.

Nissan, having survived the turmoil of Japanese economic upheaval, the alliance with Renault, and the ensuing early Ghosn years, lifted the curtain on the 350Z for the 2003 model year. Smaller, lighter, and yet faster than the 300ZX (removing that letter “X” did wonders) the 350Z was an immediate success – selling over 36,000 in the first year. Sales tapered after that, but the 350Z was a great budget sportscar that could be had for under $30,000.

The 370Z, while clearly descended from the 350Z (using the same FM platform that underpins the Infiniti Q50 and the Nissan GT-R, among others) was once again smaller, lighter, and quicker than the predecessor. Three-hundred thirty-two horsepower out of a 3.7-liter naturally-aspirated V6 made this a solid performer with few faults other than some cheap-feeling interior bits.

Whether the affordable sportscar market matters anymore is up for debate. After all, the entire Z34 generation (all eleven years) has sold a total of 77,886 units – just 1,954 last year. The 1979 model year alone sold over 86,000. Using numbers from GoodCarBadCar.net, the entire “sporty car” market was 277,607 sales in 2020 – Toyota sold nearly that many of the RAV4 alone last year.

See below for a chart of Z sales from all time. Clearly, we’re on the downslope of popularity.

I’d like to think the mythical “halo effect” of a desirable performance car has an impact on other cars throughout the lineup, but I’ve found nothing but anecdotal evidence that makes that assertion. I can tell you from observation that a number of Z enthusiasts do fill their other garage spaces with other Nissan products, but it’s no hard data.

Recall 1997, when Nissan USA found themselves without any sort of halo car in their showrooms? The company worked with a renowned restorer and put a few early 240Zs in select showrooms to sell – with a warranty! Nissan felt there was value in creating showroom traffic when they sold these cars – apparently at a loss, even.

Oh, and recall how I noted that the Z and the Miata are the only two remaining Japanese-made two-seaters? Those of you less pedantic than I might have thought about the Toyotas Supra and GR86, as well as the Subaru BRZ. While this trio certainly fit as competitors to the new Z, the 4 seats of the Toyobaru twins and the Austrian build location of the Supra disqualify them from the narrow definition.

As much grief as Nissan gets for unusual product decisions (Murano Cross-Cabriolet?) and critically-disliked innovations (CVT), the company isn’t stupid. They’ve done their market research and they feel there is a market for a few thousand sportscars every year. There will come a time in the very near future where we won’t have a traditional internal-combustion sportscar – let’s celebrate what we have while we still can.

Written By:
Rusty
Follow View All Authors
0 Replies
1 - 1 of 1 Posts

About this Article
0 likes
0 Replies
Written By: