Jump to Latest
Rusty
A Japanese Magazine shared these images of a Nismo Z35 and GT-R R36. Could this be what Nissan has in store next? Or is this just a rendering and wishful thinking?

2013 Camaro SS - 1LE
Joined 9 mo ago
·
129 Posts
They're both just renderings I believe, however, the NISMO Z looks plausible. If that's the legit NISMO Z, the new bumpers and side skirts will take some getting used to, but they're not a bad start.

I will say though, if those are the legit NISMO wheels, they are 🔥🔥🔥🔥🔥 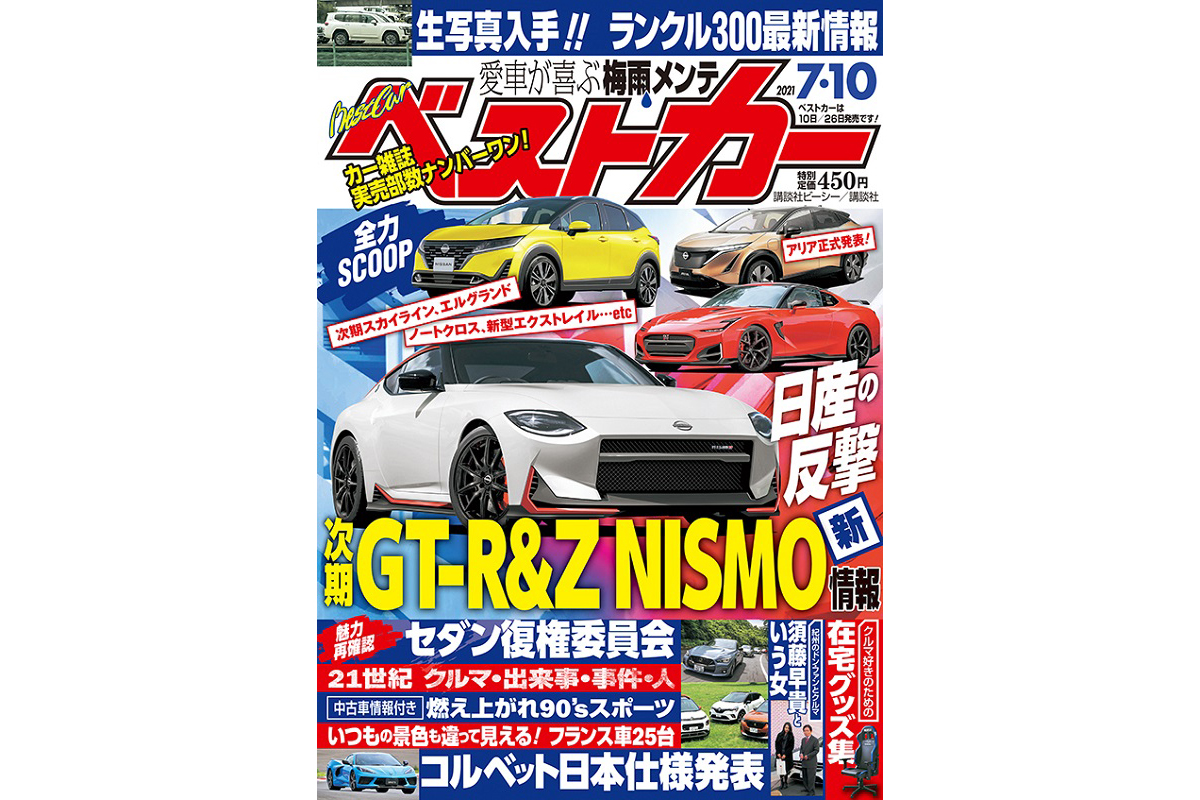 ( google translate is your friend)


obviously renders to sell the magazine. If this was an American magazine like motortrend or car and driver we wouldnt bat an eye. Japanese mags like this in this car community( Z /GTR) in particular always get more credence just because its in japanese and therefore seems like its more of a scoop..... Its usually not ive learned
the only thing the magazine claims to have the scoop on is that both cars will be offered in non hybrid form

this same magazine had a GTR rumor that keeps popping up about adding a mild hybrid system for 2023 due to noise regulations in Japan.

As for the NISMO. there is basically zero real info on the standard car. adding black wheels and some red stripes to the car is probably a safe bet
D

Joined Mar 19, 2020
·
1,016 Posts
Those Japanese mags always come up with amazing renderings and that R36 is no different.
But the renderings they come up with are often closer to the real deal than others we'd see, so they might be on to something.

because_murica said:
They're both just renderings I believe, however, the NISMO Z looks plausible. If that's the legit NISMO Z, the new bumpers and side skirts will take some getting used to, but they're not a bad start.

I will say though, if those are the legit NISMO wheels, they are 🔥🔥🔥🔥🔥
Click to expand...

Yeah the wheels on the Nismo Z fit the car perfectly.
L

Joined 11 mo ago
·
52 Posts
These are.....bad. Not bad in a good way, just bad. According to my connections at Nissan, there is no official R36 currently in the works. The Nismo Z will likely be 203 years after the initial launch of the base Z.
I

Joined 9 mo ago
·
107 Posts
Not feeling the GT-R, but then again, I didn't really like the R35 styling from the get-go... Technically, it may well be amazing... but visually, it is a bulky car that is not graceful inside or out.

Now the Z35 Nismo. This is essentially what Z33 and Z34 Nismo versions were... up-spec'd track-ready versions with boy-racer styling tacked all over the place to show off that someone spent more on it.

The bar across the grille is a start. I think if it went all the way across to the creases on the sides of the front fascia cover, it might look a bit better.

The "ground effects"/aero kit is trying too hard to advertise "look at me, because track car" but then again that is Nismo styling, even if the hardware underneath is worth it.

The red Katana is obviously to go with the red edging and detailing over white and black. Not my thing... but I get that is what they are trying to do.

I was a big fan of the black roof treatment... but more and more I wonder about a body-color roof, or just the center panel blacked out.

If this is accurate for a NISMO edition of Z35, then a regular one with the Type ST package may be what I stick with... because I want a road car... and I want it to look as classy and timeless as possible... and I'd rather pay a bit of homage to the old Fairlady 432, than have it look like a street car trying too hard to look like a track car as a NISMO.

I get that others like that track car look, and that is fine, just not my cup of tea.

The Z35 i like. Ive seen the "look at me" "attention seeker" comments regarding the new Z. One pointed out about the Z dashboard being to showy and wanting analogue dials. The same people complained about the interior of the 370 being dated.

Its also the whole Nismo clout debate again lol. Im in the UK so both cars dont have much price difference and the new car isnt coming outside of Importation. Personally I wouldn't get a Nismo this time around due to the added expense of sourcing parts for a car thats not available domestically. I rather modify the base car.

I guess its only Porsche and co that get to have million trims and all sorts of things and still hit right with the critics. As soon as Nissan try its seen as try hard or tack. These arent official renders anyway. I have a feeling if it was a Porsche opinions would be way different. ill admit the red bits at the back and katana red sword are not needed

Initial reaction of the Z was it was feminine, plain and grill ugly. Yet the same fans wanted a take on the old Zs and an updated Interior. Which is what Nissan did.

For a car that has literally 2 supposed fake vents as the Z34 Nismo I think the criticism is unfair and ridiculous. Lets reserve special praise for premium brands only. Sarcasm intended 😉
T

Joined 9 mo ago
·
107 Posts
Actually, I think the Z Proto is very nice looking and sophisticated, even if the color is a bit too bold for my taste.

The interior of the Z Proto is very nice, and a nice mix of traditional and up-to-date, with classic cues, tactile aspects, and information-rich displays, which 370Z is mostly tied to the tactile aspects, and hold-over tech from more than a decade ago.
Maybe others do, but I don't have a problem with Z Proto's interior, or what looks to be leaked images of the production interior. Sky blue alcantara is not my taste, and I would take a surface finish other than piano black plastic that is a fingerprint and scratch magnet.

I am a big Porsche fan, and I get that people love the GT3-RS, and the GT2-RS and such... I tend to prefer a T, or an S, and maybe a GTS here or there, because they are more approachable, cleaner looking, and more useable on the road.
But they still build all the various things that have a business case to be successful.

I think Nissan should do a NISMO, and as many trims as makes sense and will help the model, brand, and the automotive community. That doesn't mean I have to be a fan of it, if it doesn't suit my taste, though. Different horses for different courses, and all that...

I just don't like all the boy-racer black cladding and aero-appearance-kit stuff that the NISMO rendering shows, and I am not big on big wings, or black wheels either. It is a matter of taste.
If it sells to others, good for Nissan... as long as there is also an option to get a nice version without that stuff added on.

In another thread I have suggested that they build a folding hardtop spyder version, rather than a soft-top convertible, to widen the appeal for those that want an open-air-option car.

Not agreeing with design decisions, especially hypothetical fictional ones, is not the same thing as saying that variants shouldn't exist... it is merely expressing an opinion in a discussion forum.

Nissan should hire whomever did the GT-R rendering. If accurate (and I doubt it is) it’d be the first time the GT-R didn’t look homely since the R34.

While I doubt either represents anything that originated from Nissan, I can say this rendering, if accurate would represent the first time the GT-R wouldn’t be homely since the R34. As for the Nismo, it is probably VERY close to how the real one will appear and I’ll be a buyer (not a tire-kicker).
1 - 15 of 15 Posts
Join the discussion
Continue with Facebook
Continue with Google
or sign up with email
About this Article
0 likes
14 Replies
Written By: