Jump to Latest
Rusty
The Truth About Cars has a new article out about the Z that explains why it doesn't matter that the new car shares so much with the outgoing 370Z.

As the author nicely puts it "if the car is a hoot to drive, who gives a flying fuck?" 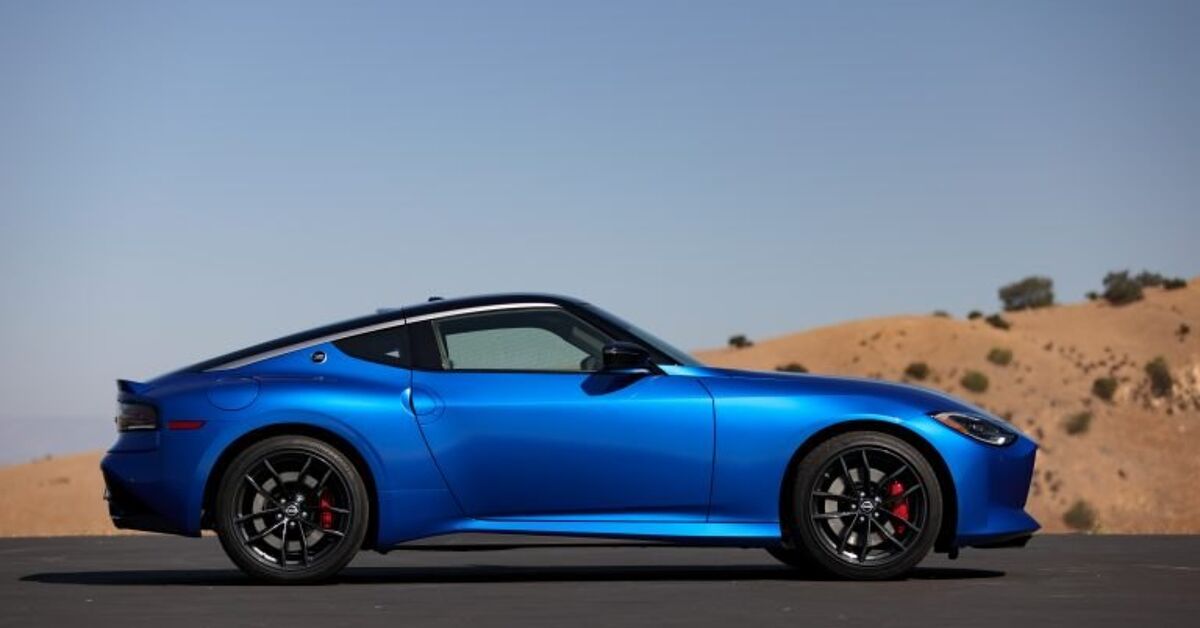 Since last night’s unveiling of the 2023 Nissan Z, I’ve been chewing over my thoughts on the car. Is it good, or is it another misfire from a brand that’s struggling to recapture glory days?After exerting far too much brainpower on the question — I’d rather ponder what’s for lunch — I’ve arrived...

Since last night’s unveiling of the 2023 Nissan Z, I’ve been chewing over my thoughts on the car. Is it good, or is it another misfire from a brand that’s struggling to recapture glory days?

After exerting far too much brainpower on the question — I’d rather ponder what’s for lunch — I’ve arrived at my answer.

It’s good, at least on paper. With a caveat.

Yes, the platform carries over and that’s a bit disappointing. Yes, the engine is basically the one found in the Infiniti Q60 Red Sport. Yes, the infotainment system, while updated to match other new Nissans, still lags behind the best in the business.

To which I say — if the car is a hoot to drive, who gives a flying fuck?

Yes, I know, I’ve made this same line of argument defending the Toyota Supra for borrowing so heavily from BMW, to the point the interior’s only difference is the badge. But I stand by it. When one is grinning while clipping an apex, does the corporate synergy really matter?

I mean, if the Z accelerates with gusto, are you going to give a shit that the engine is also available in another car, sold by the company’s sibling brand? No, right? We all praised Ram for making a TRX using a Hellcat engine, right?

I’ll admit that unlike our resident Z aficionado Chris, I’ve always been indifferent to the car. But, generally speaking, I do love two-door sports cars that can accelerate and handle well while also being livable in normal driving. And I prefer rowing my own.

Oh, hey, look — that’s what the Z is meant to be (obviously, we can’t evaluate its chops just yet). Not to mention, it offers a manual.

There’s a certain segment of car Twitter that just can’t be satisfied. “Where’s the fun stuff?” they cry. “I’m tired of boring crossovers,” they whine. Then, when Nissan builds a new Z, they scoff. “Sure, I wanted a sports coupe,” they say. “But not like this.”

I’m not saying that criticizing the Z for using an ancient platform isn’t valid. It is. Same with critiques of the choice to dip into the corporate parts bin while doing everything one can to avoid admitting it. But sometimes one must look on the bright side of life. The Z exists, it should drive well, and it looks good.

The only caveat is pricing — if Nissan sets it too high, that might be off-putting. If the MSRP is just right (especially if it undercuts the Supra), however, Nissan can clink champagne glasses while engineers finally start on a truly all-new Z platform that will bow three to five years from now.

I get that cars are subjective, and even if the Z rode on a truly all-new architecture, some would hate the styling. Some will no doubt dislike how it drives, no matter what numbers it puts up. That’s all well and good. I am sure I dislike some vehicles that are popular with the press and enthusiasts, along with liking some things that go against the grain. All I can do when I drive something is be honest and fair about my impressions.

So, it’s fine to dislike the Z’s looks or options or specs. Or eventually, to dislike how it drives. I won’t bag on anyone who comes to their conclusions fairly and honestly. And as noted, I understand the concern about using an aging platform.

But if the car turns out to be good, well, that last concern should fade. It’s not a given that using an older platform will be bad — see Challenger, Dodge — and car enthusiasts (and automotive journalists) need to stop searching for cynical reasons to hate something before they even drive it.

I don’t know if the Z will be good. No one outside Nissan does. But I do know we should keep an open mind.

· Registered
Joined Aug 19, 2021
·
48 Posts
Bit disappointed still on 370Z chassis that was started in 2009. But hope major improvements done. Also looking at new BMW 230i Coupe coming on new G42 Chassis coming out in Nov. I have owned 3 Bimmers so big fan of their 2 door Coupes

yanks1 said:
Bit disappointed still on 370Z chassis that was started in 2009. But hope major improvements done. Also looking at new BMW 230i Coupe coming on new G42 Chassis coming out in Nov. I have owned 3 Bimmers so big fan of their 2 door Coupes
Click to expand...

Welcome to the forum @yanks1, which other BMWs have you owned?
Y

I have some Z in my blood, good College friend had Orange 240z with manual that I drove a lot when he drank too much. Then in 1986 my Dad purchased new 300zx. So have both Z and BMWs in my blood. Also Mustangs, had new '79 for 5 years and then in 2010 we purchased gently used 2008 Mustang GT/Calif Special Vert 5 speed manual. Both Interior & Exterior are nearly mint and just cracked 38k miles. So looking for new sporty partner to sit in garage with our Mustang.. ha-ha
1 - 4 of 4 Posts

About this Article
1 likes
3 Replies
Written By: