kbl911 said:
Aurora Green could be interesting with the purple hue it evidently has to it. I kind of hope that the Akatsuki Copper makes it just for something weird. Still, I am of a mind that there should be some more wild offerings (read: brighter, bolder colors).
Click to expand...

Back in college (late 1980’s) I had a metallic Copper 280ZX. I loved that color and hope to see the Z offer anything in the copper to brown range as long as it’s metallic. Orange for a Z, sunset or otherwise, is an absolute must.
T

THaskins said:
What does everyone think of this color?

That is looking good. I have been wondering about Monarch Orange on the Z35.

Might be interesting to play with an all bodycolor roof, or just the center blacked out, with the A-pillars, roof side rails, and rear hatch around the rear glass being body color...

Might go with some medium gray wheels that aren't quite so dark, or something with a partial edge machined finish. Dark wheels just kind of disappear.

Just add the little duck tail spoiler in Carbon Fiber to the back of the hatch, and this is the new Fairlady Z 432.

THaskins said:
There's some interesting colors in this batch. Gun metallic and tinted red stand out for me.

There are a lot of very nice looking colors there... I might add monarch orange (current Nissan color a bit bolder orange than the copper, but that copper may actually be a bit more sophisticated looking.
T

S30R32 said:
The 240Z did come with shade of BRG but not sure if only certain years. That would look great if metallic on the new Z. If someone can render it.
Click to expand...

The S30 Z was offered in Emerald Green (a medium brighter green) and Racing Green, which was a darker BRG-like metallic, and probably another non-metallic darker green.


One of my favorite internet pictures of classic Zs is actually a 280Z 2+2...


A new Z35 would do well in either of those sorts of green... although a bolder Lizard/Viper green non-metallic (sort of a glossy 'grabber' race car color) is probably more in fashion recently, and not one of my personal favorites.

Joined Jun 4, 2020
·
428 Posts
I would think some of the Rogue and Frontier colors will carry over to the new Z, financially making sense for Nissan. I do like the Boulder Gray and Sunset Drift.

Joined 7 mo ago
·
177 Posts
Nissan has long reused colors across multiple models, and Infiniti's too.
I'm not too happy that my Q60 is the same color as an older Sentra!
T

Joined 4 mo ago
·
81 Posts
I wonder what the comparison between Sunset Drift Chromaflair on the Rogue, vs. Monarch Orange on the Sentra, in real life, not just marketing images. I would hesitate on most cars to buy orange... but I am thinking that the Nissan Z35 would be a natural choice in one of these colors, rather than yellow, white, red, blue, or a myriad of grayscales.

TroublesomeIconoclast said:
I wonder what the comparison between Sunset Drift Chromaflair on the Rogue, vs. Monarch Orange on the Sentra, in real life, not just marketing images. I would hesitate on most cars to buy orange... but I am thinking that the Nissan Z35 would be a natural choice in one of these colors, rather than yellow, white, red, blue, or a myriad of grayscales.
Click to expand...

Remember the Sunset Orange 350Z? Still a fav color with deep metallics. It pops, aggressive, plus for me very visible on track.

We need more hints on the palette besides yellow, gray, and silver so far.
D

Joined 6 mo ago
·
45 Posts
Don't forget RED! Nissan needs a deeper metallic or candy red in it's pallet of colors. 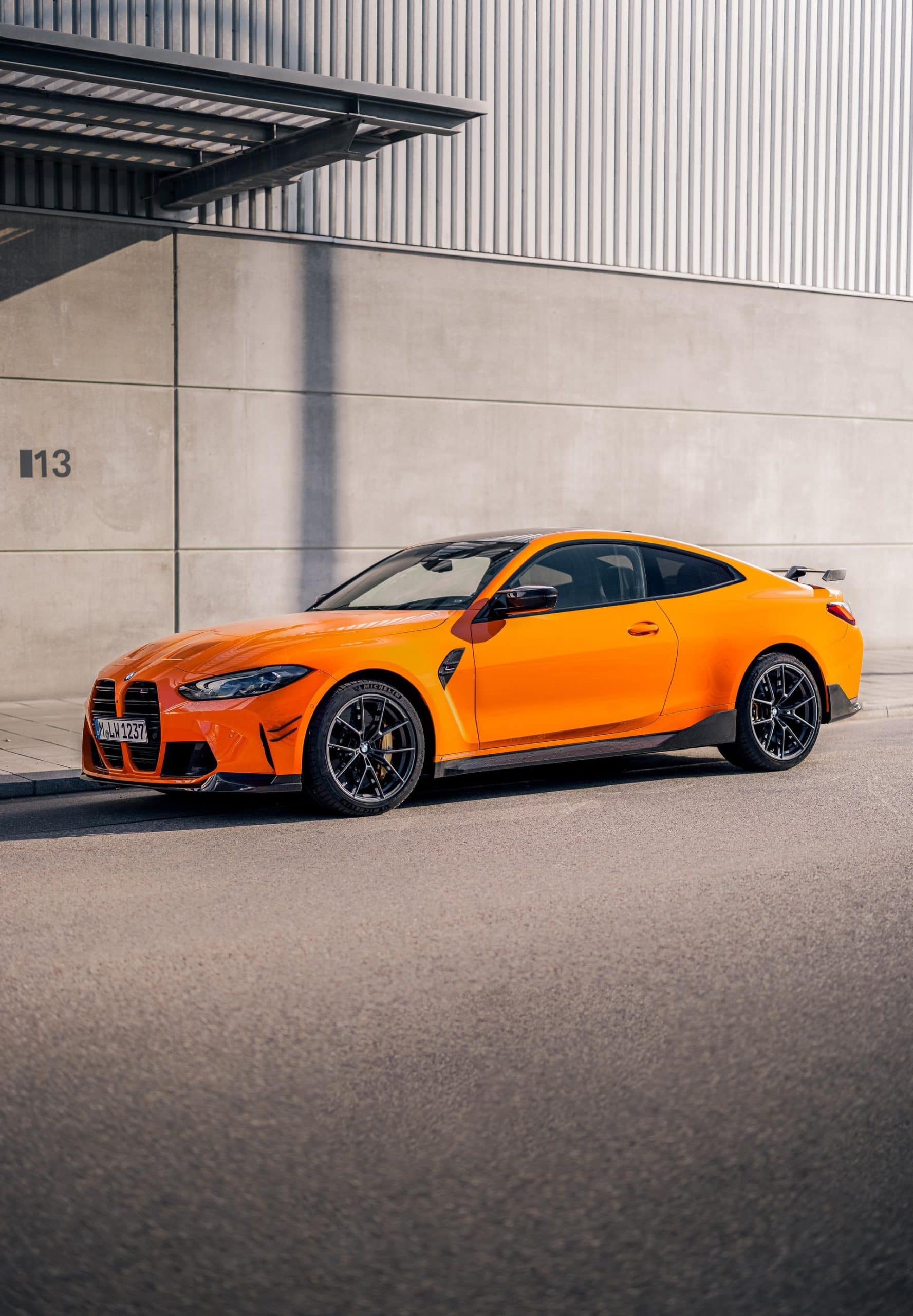 2013 Camaro SS - 1LE
Joined 3 mo ago
·
74 Posts
I would love a pastel blue like Porsche's Golf Blue (not Gulf, which is different). Both are Golf Blue below.

Joined Mar 19, 2020
·
361 Posts
If Nissan doesn't offer a color close to what you want, would anyone consider wrapping their Z?

S30R32 said:
Nissan needs to respond with this color, yep!

Orange for me as well.

This 370Z is a great example of how well it can work.

BMW has more freedom to customize colors with the amount they charge for their model lines. That's not the way a volume OEM like Nissan has their Z35 production line set up. Expect great value for money, but only 8-9 different colors on offer for their first year production.
T

Joined 7 mo ago
·
177 Posts
Nissan is going to give us "Average Corporate Nissan" colors like they always have.
D

takemorepills said:
Nissan is going to give us "Average Corporate Nissan" colors like they always have.
Click to expand...

I wouldn't say that, either. Nissan product planners are probably tearing their hair out RIGHT NOW trying to come up with some attractive, contemporary paint options. Their automated paint process and QC is first rate, so the color choices have to be the key. Nissan typically comes up with some basic color options, with 2-3 wilder shades thrown in.
T

dkmura said:
I wouldn't say that, either. Nissan product planners are probably tearing their hair out RIGHT NOW trying to come up with some attractive, contemporary paint options. Their automated paint process and QC is first rate, so the color choices have to be the key. Nissan typically comes up with some basic color options, with 2-3 wilder shades thrown in.
Click to expand...

I'm not really up to speed on the last few Z generations, I have a Q60 myself. But, AFAIK Nissan hasn't, or more accurately I haven't seen, any special colors in the last few decades. I know the 350Z came in a nice copper color, but I don't recall the 370Z being offered in anything other than corporate Nissan colors.

Nissan seems to run these colors way too long. I do HOPE that the new Z will have a better palette of colors. Heck, my Q60 is that tomato-soup "NAH" color that has been on cars as low as the Versa, all the way up to Infinitis for well over a decade now.

I was looking a new Armada, totally let down that besides it not having the 9AT yet, they somehow managed to continue offering the new Armada with "Average Corporate Nissan" colors again. I mean, I ain't holding out much hope for the Z. I'll be OK with a white or something.

Heck, bought my wife a new Corolla Hatchback in "Blue Flame" color. I can't believe that Toyota would offer such an interesting color on a car that was so typically beige.

dkmura said:
...so the color choices have to be the key. Nissan typically comes up with some basic color options, with 2-3 wilder shades thrown in.
Click to expand...

Undoubtedly they'll have the silver and gray that have leaked.
Black and classic japanese motorsport white are almost certain as well

Colors this is where the speculation comes in.

They seem to have two different orange options at the moment... both with black roofs.
Monarch Orange on the Sentra that is a bit brighter
Sunset Drift Chromaflair on the Rogue is a bit darker - I hope this one makes it

They will likely offer a yellow option, to allow people to order a color resembling the Proto...
and a bright yellow is also a good reason for a darker, more sophisticated orange.

There will likely be a red tone, but it could be either bright and glossy, or a richer more metallic option

Caspian Blue would be nice, but they could go with the more "smurf" glossy but non-metallic color, more like Sentra's Electric Blue. Or they could go the other direction and make one that is much darker.

I would love to see a metallic rich green, but that doesn't seem to be an option that is very common, even on performance cars. Mustang and GT86 both made that a limited run special edition (Bullitt and Hakone, respectively, rather than making green a standard production color)

I don't know that Z would do well with a darker bronze, or a pale de-saturated gold (beige) option, so I hope they choose some of the bolder colors above, instead.

The recent fashion is to do some sort of 'ceramic' looking color... so who knows if Nissan will offer one of those on Z35.

Sunset Drift Chromaflair with bodycolor roof rails, and only the center roof panel blacked out between the windshield and the rear hatch glass would be my preference, but if they offer it, it may come with the whole roof blackout like the Sentra, Rogue, and Z Proto already show.
61 - 80 of 99 Posts
Join the discussion
Continue with Facebook
Continue with Google
or sign up with email
About this Discussion
98 Replies
26 Participants
Last post:
Zs on Zs 16 d ago
Nissan Z Forum - Release Date, Specs, Pricing Discussion
New Nissan Z Forum | 400Z Forum - Join the conversation about the 2022+ Z35 sports car
Full Forum Listing
Explore Our Forums
2022+ Nissan Z General Discussion Forum 2022+ Nissan Z Pictures 2022+ Nissan Z News New Member Introductions 2022+ Nissan Z Videos
Recommended Communities