Jump to Latest
THaskins
Renault's EV future could mean that they're going to sell some of their stake in Nissan. According to reports Renault could sell a piece of its stake in Nissan to raise billions of Euros to fund their transition to EVs. 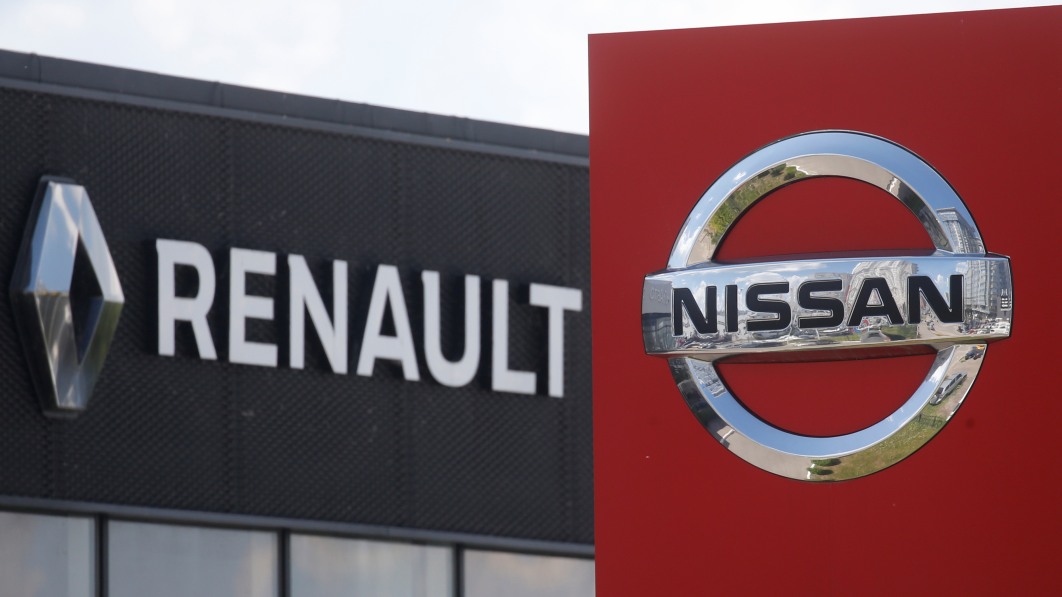 Renault is exploring a sale of at least part of Nissan to raise funds for its electrification push.

Renault is considering selling part of its Nissan stake, a move that could raise billions of euros for its shift to electric vehicles and ease long-standing tensions with its alliance partner, people familiar with the matter said.

Nissan itself may be willing to buy some of the 1.83 billion shares in the Japanese automaker that Renault owns, according to the people, who asked not to be identified because the discussions aren’t public. Renault may also seek other acquirers for a portion of its 43% stake in Nissan, the people said.

Spokespeople for Renault and Nissan declined to comment. Renault shares jumped as much as 8.3% as of 11:35 a.m. Friday in Paris trading.

By paring a stake worth 983.5 billion yen (7.1 billion euros), Renault would be walking a fine line: trying to rebalance a 23-year-old alliance without unraveling it. A lopsided cross-shareholding structure -- Nissan owns just 15% of Renault and lacks voting rights -- has been a pain point for factions of Nissan executives going back years.

A sale could help finance major structural change Renault Chief Executive Officer Luca de Meo began to sketch out in February. The company is considering a breakup and separate listing of its EV business. Its legacy business could then join forces with a partner.

One option would be China’s Zhejiang Geely Holding Group Co., which controls Volvo Car AB, the people said. Renault reached a joint production deal with Geely earlier this year for a South Korean plant, and the two have said they may also cooperate in China.

De Meo, 54, was making strides turning Renault around before Russia’s invasion of Ukraine all but forced the company to begin exiting its second-largest market. The pullout will be costly: the carmaker said it will take a non-cash charge amounting to the 2.2 billion-euro ($2.4 billion) value of its assets in Russia, which include a manufacturing plant in Moscow. It’s also assessing options for its stake in Lada maker AvtoVaz and may try to transfer ownership to a local investor.

Negotiations to reshape the Renault-Nissan alliance -- which haven’t been discussed publicly -- could take many months, the people said.

Renault’s EV carve-out could include Nissan assets, the people said. Nissan also would be a partner in the French carmaker’s legacy hybrid and combustion-engine operations, they said.

The two companies are working with one another on Renault’s structural overhaul, Chief Financial Officer Thierry Pieton told analysts Friday.

“Nissan is in the loop,” Pieton said. “This is obviously something that we want to discuss with them.”

Nissan would be in a better position than a year ago to buy back its shares, should Renault decide to sell. The Yokohama, Japan-based company has 2 trillion yen ($15.6 billion) in cash and equivalents on hand, and fiscal year operating profit is on track to be positive for the first time since 2019.

Ashwani Gupta, Nissan’s chief operating officer, will travel to Paris next week for discussions with Renault’s CEO de Meo ahead of a broader meeting between Renault and Nissan’s executives in Tokyo next month.

Tension surrounding the asymmetrical nature of the companies’ ties almost destroyed the alliance following the 2018 arrest in Japan of former Chairman Carlos Ghosn. The automakers have since been focused on separate turnaround plans to get them past damage wrought by Ghosn’s ouster and the pandemic.

Negotiations aimed at rebalancing the Franco-Japanese alliance, which also includes Mitsubishi Motors Corp., were held in 2019 but took a back seat to more urgent operational and management issues. They have been kept off the table until now.

Reducing Renault’s stake to 15%, the same level as Nissan’s ownership of Renault, could yield about 4.65 billion euros at current prices. It’s unlikely the Paris suburb-based automaker would sell the entire holding, as that would weaken the alliance.

The operating agreement governing the partnership, known as RAMA, may also have to be amended with a change in shareholding, some of the people said. The accord has long been a source of friction between the partners, as has the French state’s 15% holding in Renault, which comes with double voting rights.

The alliance outlined plans in January to strengthen operational ties and invest in electrification, potentially complicating any separation of Renault and Nissan’s EV businesses. Renault Chairman Jean-Dominique Senard said then the companies’ closer links would be “totally unbreakable.”

I wonder who would buy them up? It would be interesting if another automaker did....
1 - 2 of 2 Posts
About this Article
1 likes
1 Reply
Written By: