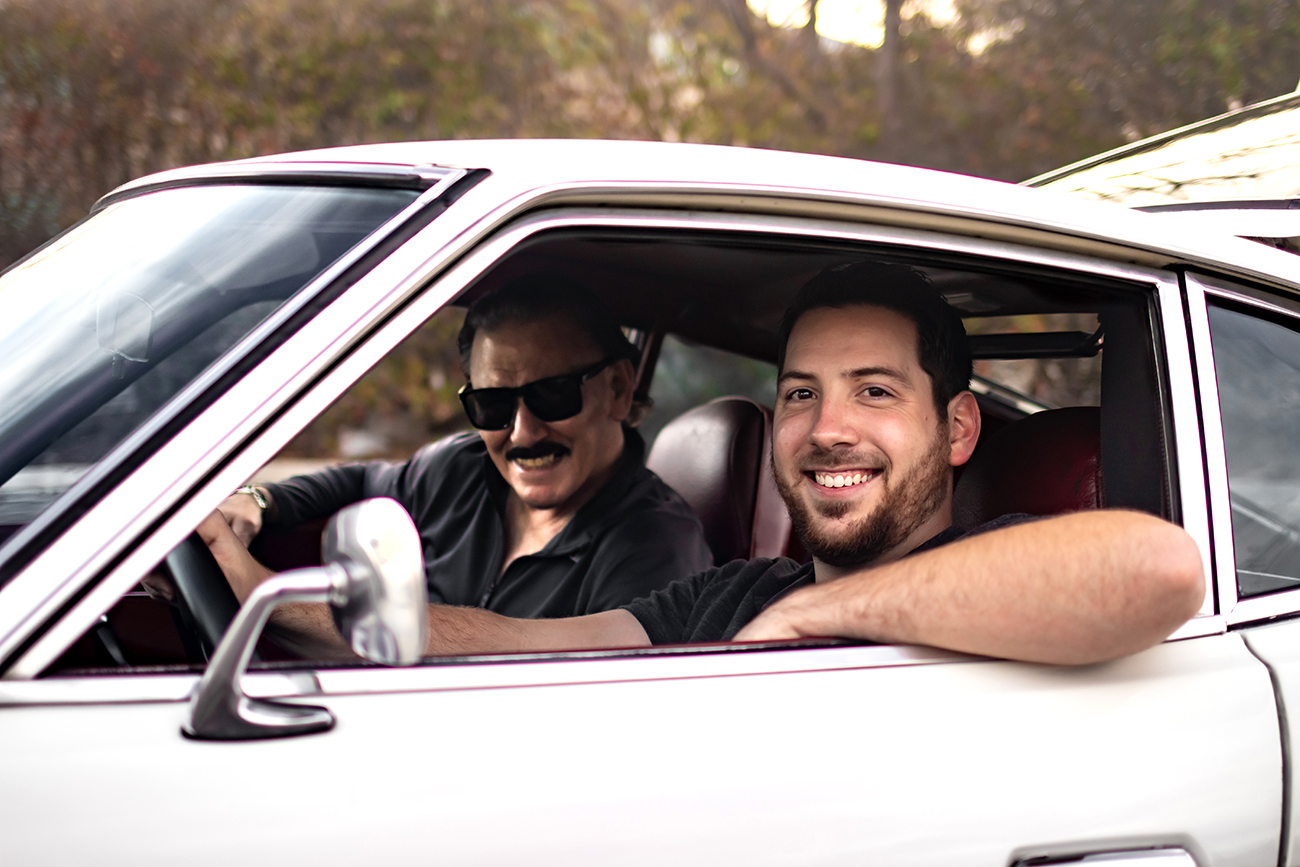 The 240Z was in a state of disrepair and usually surrounded by old boxes of replacement parts. He remembers riding in it once… and that was enough for him to catch the bug for Nissan's legendary sports car.

"That car was just so cool," recalls Cotugno, 28, with fondness. "I credit my uncle for instilling that love in me. Without him and that 240Z, I never would have gotten into cars."

Growing up, Cotugno would ride his bike to the Greder home two to three times a week to play with his cousins, who are now also Z enthusiasts. After years of gawking and then eventually helping Uncle Ed work on the beloved Z, he became determined to have one of his own. He saved up and purchased a new 2011 370Z Sport Touring after graduating high school.

The Z-Car became a big part of his life. He spent countless hours modifying his coupe with a carbon fiber body kit, superchargers and custom wheels. And if he wasn't working on his Z, he was likely talking about it as he began attending local Z club meetups to connect with other Z owners.


"I found a family there at the San Antonio Z Club," Cotugno said. "They were just super cool guys and gals there who were really into cars and really helpful. I sticked with them and I even became the event coordinator for a year."

Unfortunately, the extra hours he put into his first Z-Car made it all the more emotional when it was totaled in an accident in 2014.

"It was a beautiful car," Cotugno said. "The worst part was that I was in college and working full time to pay for the car, and then it gets obliterated."

But he didn't let the loss of time or capital dishearten his Z-Car passion. In fact, while still in the hospital recovering from the accident, Cotugno began a search for his next Z. He found one in Kentucky and booked a flight to see a 350Z with a twin-turbo engine in person. He was smitten and decided to take it home.

Meanwhile, thanks to a connection he made in the Z-Car community, he was able to land an internship at Z1 Motorsports, a performance parts maker and service provider for Nissan and INFINITI vehicles based in Carrollton, Ga. The company offered a three-month stint to Cotugno, who was pursuing his mechanical engineering degree at the University of Texas at San Antonio at the time.

Cotugno finished his degree in 2017 and now works as a mechanical engineer in the oil and gas industry, living in Texas. In April 2019, he got a call from his Uncle Ed, asking if he would be interested in buying the beloved 240Z that was still sitting the garage.

"I couldn't let that car leave the family," Cotugno said. "It was way too personal for me to let go."

Cotugno first asked his cousins for permission to buy their dad's car, acknowledging that it was somewhat of a family heirloom.

"They knew I'd take care of it," Cotugno recalls. "So, I bought it from my uncle. It didn't even roll when I picked it up. The brakes weren't working. I dropped the fuel tank and redid the whole fuel system. I also redid the ignition system and rebuilt both carburetors."

Cotugno worked on the car every day for four months until it was up and running. His Uncle Ed couldn't be happier to see Cotugno with the car that had intrigued him for so much of his childhood.

"My desire was that it ended up with someone who loved the car and brand like I do," Greder says. "Lukas was the obvious choice. He's doing an amazing job with it. He has really taken it to the next level. It could be a daily driver as it sits today."

The 240Z is now in excellent condition. Cotugno reserves driving it for special occasions such as car shows or the many Z-club meetup events he attends. Sometimes he brings his 350Z too, especially if there's a racetrack.

"The camaraderie among the Z-Car community is just great," Cotugno says. "You meet people at different Z events and make connections. For me, the Z-Car brings everyone together."
1 - 1 of 1 Posts