The Essence of Z-ness #5: How master modeler Haruo Yuki turned a block of clay into an unmistakable icon

Jump to Latest
THaskins
The latest Essence of Z-ness article is out and it explores how Nissan's master modeler Haruo Yuki made the clay model of the Z! 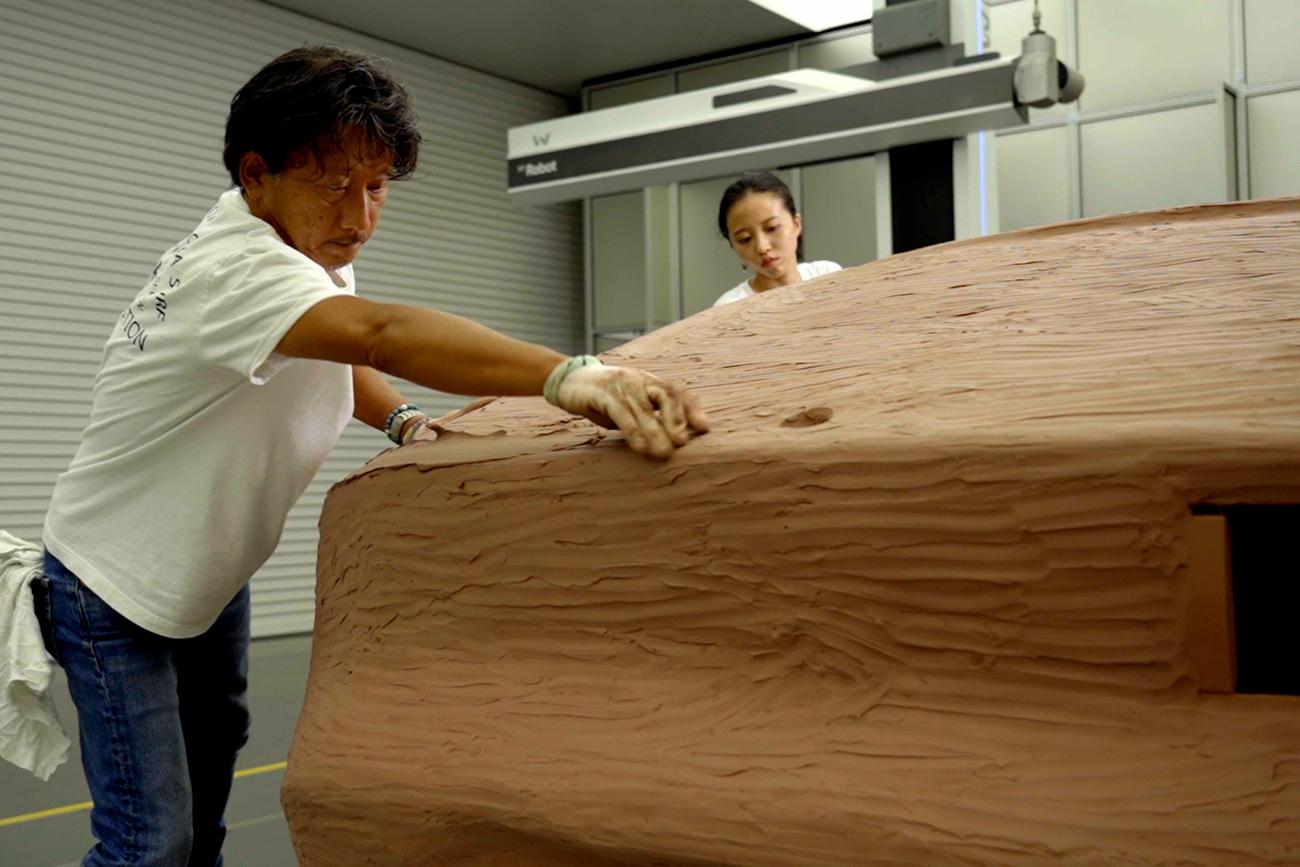 Michelangelo once said, "Every block of stone has a statue inside it and it is the task of the sculptor to discover it."
usa.nissanstories.com

Michelangelo once said, "Every block of stone has a statue inside it and it is the task of the sculptor to discover it."

For Haruo Yuki, a master — designated a "meister" — clay modeler at Nissan, that block of stone is a large slab of clay and he discovers cars that ignite our passion for driving.

Yuki began his journey as a designer at a young age. He went to a technical high school, where his main goal was to become an illustrator. Fate, however, intervened when his high school career counselor told him about a job opportunity at Nissan in the clay-modeling department.

Since joining Nissan in 1978, Yuki has created approximately 60 major clay models ranging from sedans to minivans. His latest work of art is the striking all-new Z.

The automotive clay-modeling profession has largely remained hidden from the public eye because the artists usually work on future models whose designs are closely guarded secrets. Although the modelers remain behind the scenes, the impact they have in deciding the outcome of a car's design can't be understated.

Essentially Yuki's job is to recreate a two-dimensional image in three dimensions, exploring shape and tackling proportion as he painstakingly crafts a clay model. While some may argue that the same task can be performed using the latest in 3-D modeling software, Yuki disagrees.

"Yes, we also use digital programs to create 3-D images as it is necessary in the process. But clay modelers provide a human touch to the design that software can't. While it may seem simple to digitally add a door mirror or accents to a design, and seeing the car in a virtual space is helpful, subtle changes are not so easy to convey digitally. What we see on a monitor versus in real life is very different, especially under natural sunlight. Therefore it's the clay modeler's job to decipher and interpret a 2-D perspective into 3-D," Yuki explained.

Yuki believes that by using digital programs alone, it's difficult to express an emotional allure and depth when it is transitioned to a physical form at scale.

"I've found that designs come to life only when we explore the shapes with our hands," he said. "After being part of the creative process for dozens of cars, I have yet to see the emotional nuances of a design fully interpreted by a computer. I think that the favorite parts of a design for people come from the clay modeler successfully conveying shape and proportion. With the new Z, I don't think the final appearance would have been possible had we relied on computers and software alone."

Taking an idea and giving it physical form is a multistep process at Nissan.Typically, the design of a future vehicle must first be entered in a global design competition among Nissan's design studios. After rounds of selections and 3-D modeling, it's time for Yuki and his team to step in to help realize the model's final physical form.

"To build a full-scale model, we first start with a quarter-scale clay model, then scan it and turn it into a model that's four times larger using digital data. We then begin the process of forming the full-scale model with a large slab of clay. We have an oven where we heat the clay. Straight from the oven we start adding material and shaping it by hand. When the clay cools a bit we can use tools to scrape and add form as it begins to harden at room temperature.

"We completed the full-size clay model for the new Z in about three weeks. A full-scale clay model has an aluminum frame with axles so we can install wheels and tires. The total weight of the finished clay product is about 1.6 tons, so it's a bit heavier than an actual car," Yuki said.


The way a clay modeler takes a sketch and transforms it into a three-dimensional reality can vary greatly once the process begins.

"A sketch is nothing more than an idea, and when we take that idea and make it into a real, physical form, the car tends to change with review sessions and verbal input along the way."

Although Yuki's Z team was small, there was a lot of interest in their work: impressions and input constantly flowed in from excited executives and engineers who popped into the studio to see the work in progress.


"At first it was difficult not to take note of what they were saying, but the selected Z's design sketch was very well received so the process was quite smooth for us to get to the final shape."

The new Z represents the latest incarnation of the iconic sportscar, and Yuki really wanted to make it very special. "I put my heart and soul into it. Our team shaped and reshaped the design many times to make sure it was perfect. And I made sure to include a human touch to convey an emotional response from every part of the car, such as the rear fender, the shape of the hood ... I mean everywhere!"

Join the discussion
Continue with Facebook
Continue with Google
or sign up with email
About this Article
1 likes
1 Reply
Written By: