TVR is apparently trying to make an electric comeback by launching an EV version of the Griffith in 2024. They're also going to be a sponsor for three Formula E races this season.

It's interesting to say the least but given TVR's track record I'm not exactly holding my breath on this coming to reality. 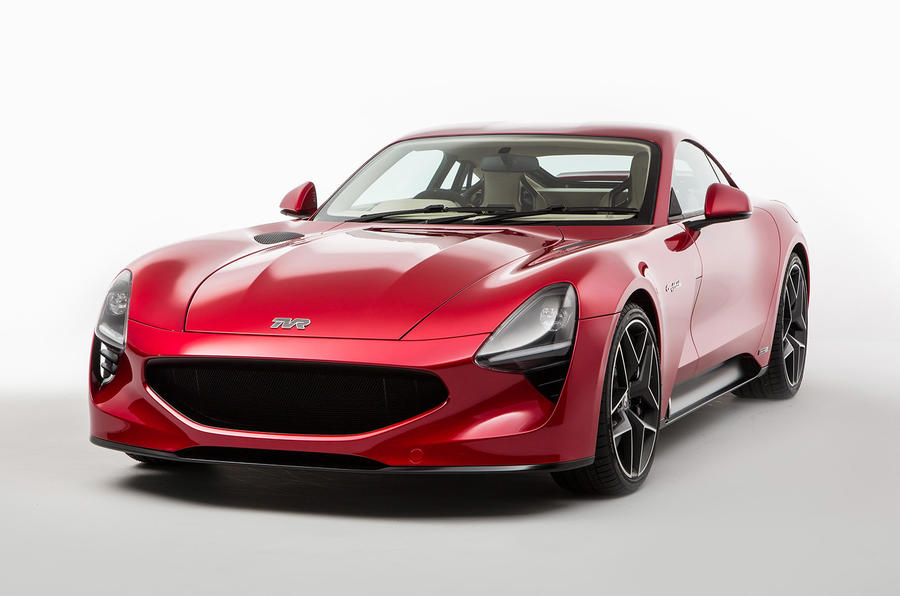 Revived sports car brand TVR has emerged as a shock new sponsor for the Formula E electric race series, as it announces an accelerated EV strategy that will bring a Griffith EV sports car to market in 2024.

The Ebbw Vale-based outfit behind TVR's reinvention – which showed its debut model, the Ford V8-powered Griffith, in 2017 – will sponsor the Monaco e-Prix on 30 April and the two London e-Prix races on 30 and 31 July.

It says its partnership with the race series "marks a turning point in the strategic direction of the iconic British high-performance sports car manufacturer as they accelerate their plans to electrify the brand".

Company chairman Les Edgar said the sponsorships "not only demonstrate our commitment to revolutionising the TVR brand, but to EVs, and becoming a sustainable, net-zero business".

He went on to confirm that the company is progressing with plans to bring EVs to market, following the delayed launch of the combustion-engined Griffith and a now-confirmed pure-electric Griffith variant in 2024.

The announcement follows the recent formation of a joint venture between TVR and South American lithium mining firm Ensorcia Metals, which was devised both to fund production of the Griffith and to guarantee a supply of batteries to support future electrified TVR models.

Details of these future models remain scarce, but TVR is poised to finally move into its new factory near Cardiff in the coming months, where cars will be built according to the 'i-Stream' lean manufacturing process pioneered by designer Gordon Murray.

The building is understood to require around 18 months' worth of fit-out work, but TVR said it will begin producing cars in the meantime.

Commenting on TVR's new partnership with Formula E, the series' chief commercial officer, Matt Scammell, said: "To see TVR, an iconic manufacturer of performance sports cars, cross over and make this commitment to electric is a significant milestone and aligned to Formula E’s vision of an electric future.

"TVR is a beloved brand and we look forward to working alongside them in Monaco and London to showcase their plans to electrify."

It has yet to be confirmed whether TVR will give further details of its electrification plans – or even preview new models – at the races. Autocar has approached the firm for more details.
1 - 1 of 1 Posts
About this Discussion
0 Replies
1 Participant
Last post:
Rusty 5 mo ago
Nissan Z Forum
2023+ Nissan Z Forum - Join the conversation about the new Z34 sports car with detailed info on ordering, release date, colors, specs and more.
Full Forum Listing
Explore Our Forums
2023+ Nissan Z General Topics 2023+ Nissan Z Pictures Other Vehicles 2023+ Nissan Z Dealers, Prices And Orders 2023+ Nissan Z Videos
Recommended Communities